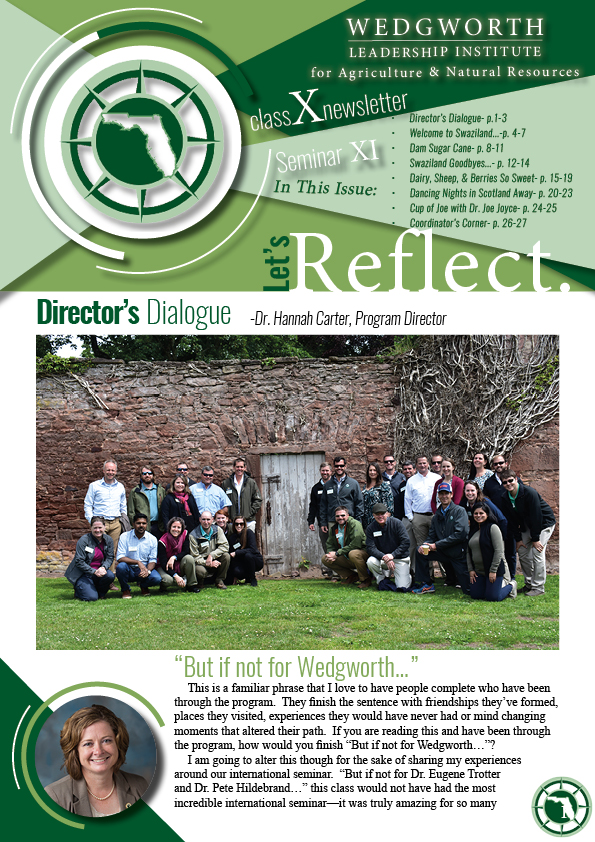 Class X met for their eleventh and international seminar on June 1st-16th, 2018.

Our featured Class X authors for this newsletter are Ryan Atwood, Aaron Himrod, Adrian Jahna, Alicia Taylor, and Caroline Villanueva.  Click on the image of the newsletter to read about this seminar! 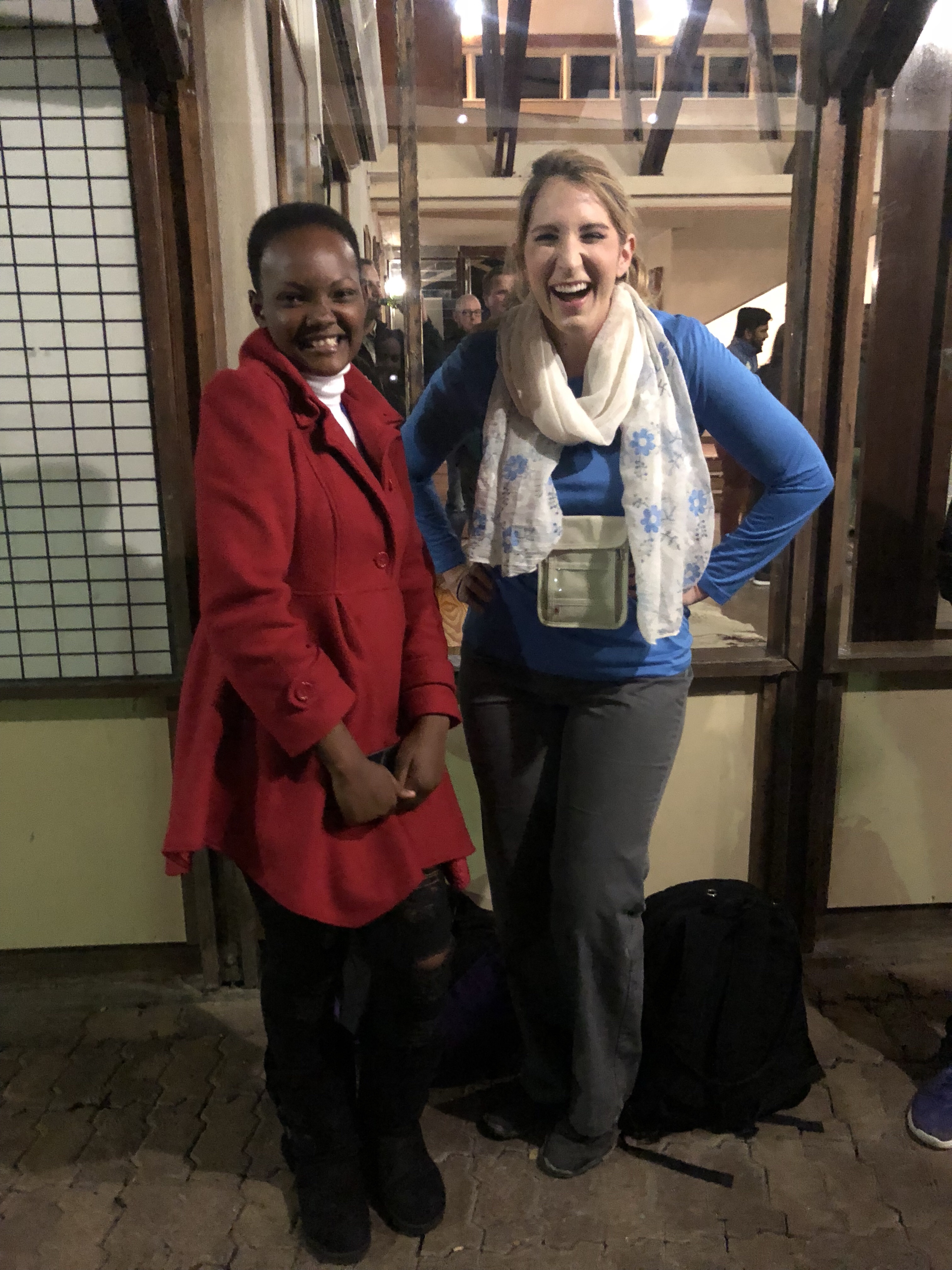 A love letter to eSwatini

Imagine a people who speak with confidence and humility in equal proportions.

Imagine a people who do not battle with anxiety, depression, or other mental strongholds in too high of numbers like Americans do.

Imagine a people who say ‘thank you’, even when they take nothing.

Imagine a people who sing and dance and beam with national pride, despite being ruled by a king who governs with strict laws.

Two days ago, WLI Class X was walking from a river past several fields of sugarcane to our obnoxiously giant, Marcopolo Mercedes blue bus. As we were walking on the path, we passed a Swati woman with her young daughter. They stood about 40 yards from our bus in the tall grass, staring at a sight they had probably never seen before–30 white Americans laughing and carrying on.

I caught their gaze and waved to them. The little girl, who looked to be about 3, wore what appeared to be pajamas. The mother was dressed as though she might be waiting to go to work in the fields somewhere. Suddenly it dawned on me. This was my moment I had been waiting for.

I hastened my pace from a walk to a fast trot, then to a shuffled sprint past the other Class members to reach our bus. I weaved my way past the individuals boarding the bus to reach my seat where my purple backpack sat. I frantically opened my bag and ripped open a bag of Blow Pops. I grabbed a lollipop and then reversed my steps to get off the bus, dodging people as I went.

I started to gallop through the tall grass towards her. She saw me from a distance, and to my surprise she started to run to me as well. When I reached her, I bent down to get at eye level. “Hi.”

Her eyes were black and bright. Her little nose had been running and dried around her mouth. She looked at me like she had known me all her life and this was a normal exchange between friends. She was beautiful to behold.

I handed her the prize and stared into her eyes wishing I could spend forever there to talk to her, to find out her favorite animal, to hug her tightly just for being small and brave and growing.

Instead, we smiled at each other with knowing looks, knowing we both had to turn around and go on. I hustled back to the bus, not knowing or caring if anyone saw our moment together. I thought about her for the rest of the day, hoping I might see her in the marketplace later by chance.

We will leave this country in a few days. Knowing me, I will probably cry.

The people we have met here have given us moments that can’t and shouldn’t be forgotten.

Keep in mind, this regard I have for the Swati people has nothing to do with their socioeconomic status or the fact that Swaziland is a third world country. While they are money poor, the Swati people are well off in things that money cannot buy–love, pride, community, hope.

My love for the Swati people comes from a place of awe and a small tinge of jealousy.

How can a people be so generous to a people who are known for our greed?

How can a people be so kind to strangers for days and days on end, even as we have certainly and unknowingly offended them over and over again?

How can a people be full of faith and hope for the future despite their government, despite their obstacles, and despite how the world might see them?

They know who they are. They are secure and rooted in their history and stories. They also know To Whom They Belong.

The people are quick to attribute their creator with praise and gratitude for all that they have. Public gatherings are opened with prayer. The Swati dollar says “God is our source.”

It is easier to embrace the unknown, whether that be other people or the future at hand, when you know yourself and know you’re claimed with great value, no matter what others may say is your worth.

Thank you for teaching me so much in just a few short days.

Our featured Class X authors for this newsletter are John Bertram and Holly Chamberlain.  Click on the image of the newsletter to read about this seminar!

Our featured Class X authors for this newsletter are Stacy McCullough and Kily Harper-Larsen.  Click on the image of the newsletter to read about this seminar! 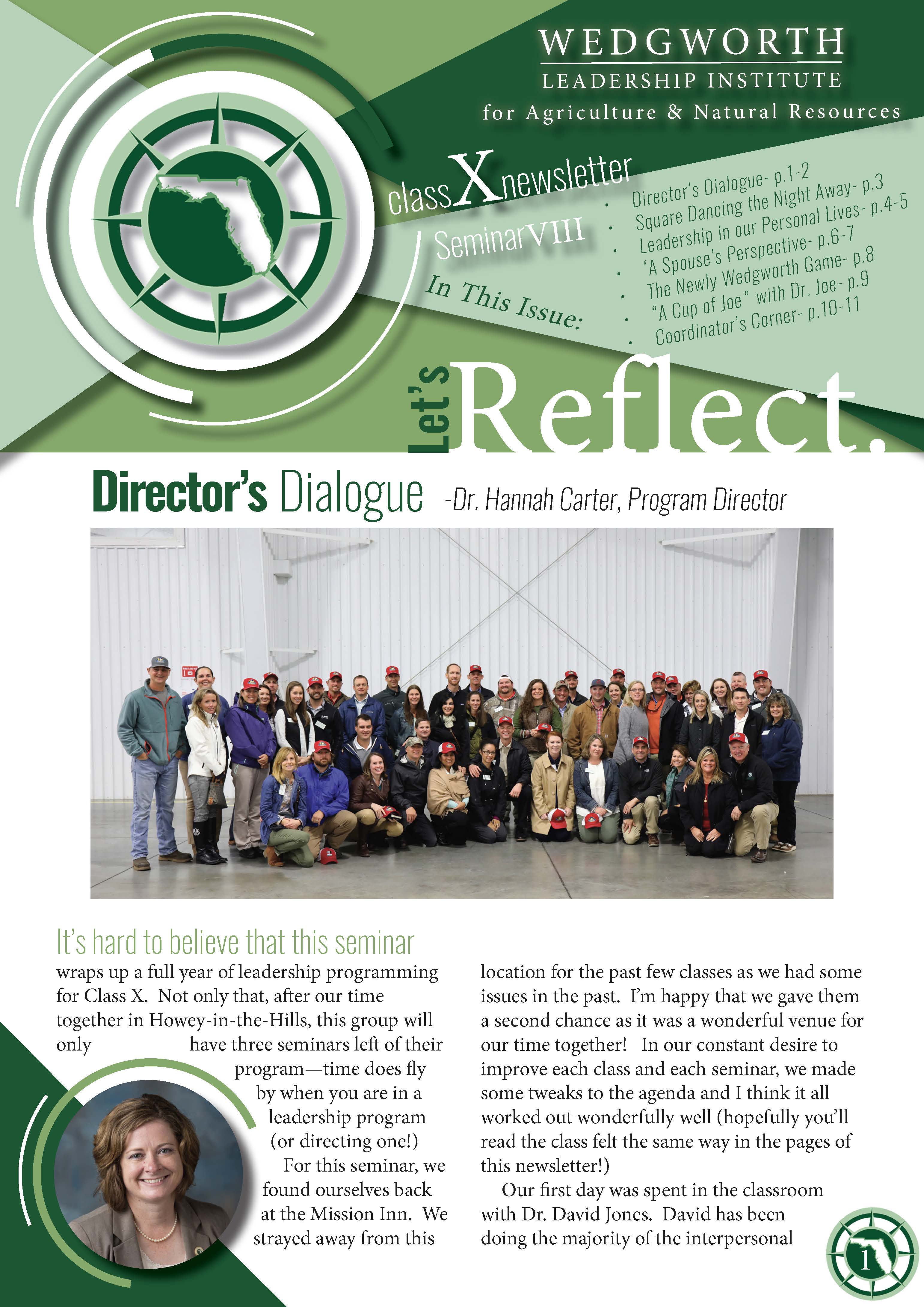 Our featured Class X authors for this newsletter are Tom Mitchell and his lovely wife Cheryl Mitchell.  Click on the image of the newsletter to read about this fun seminar! 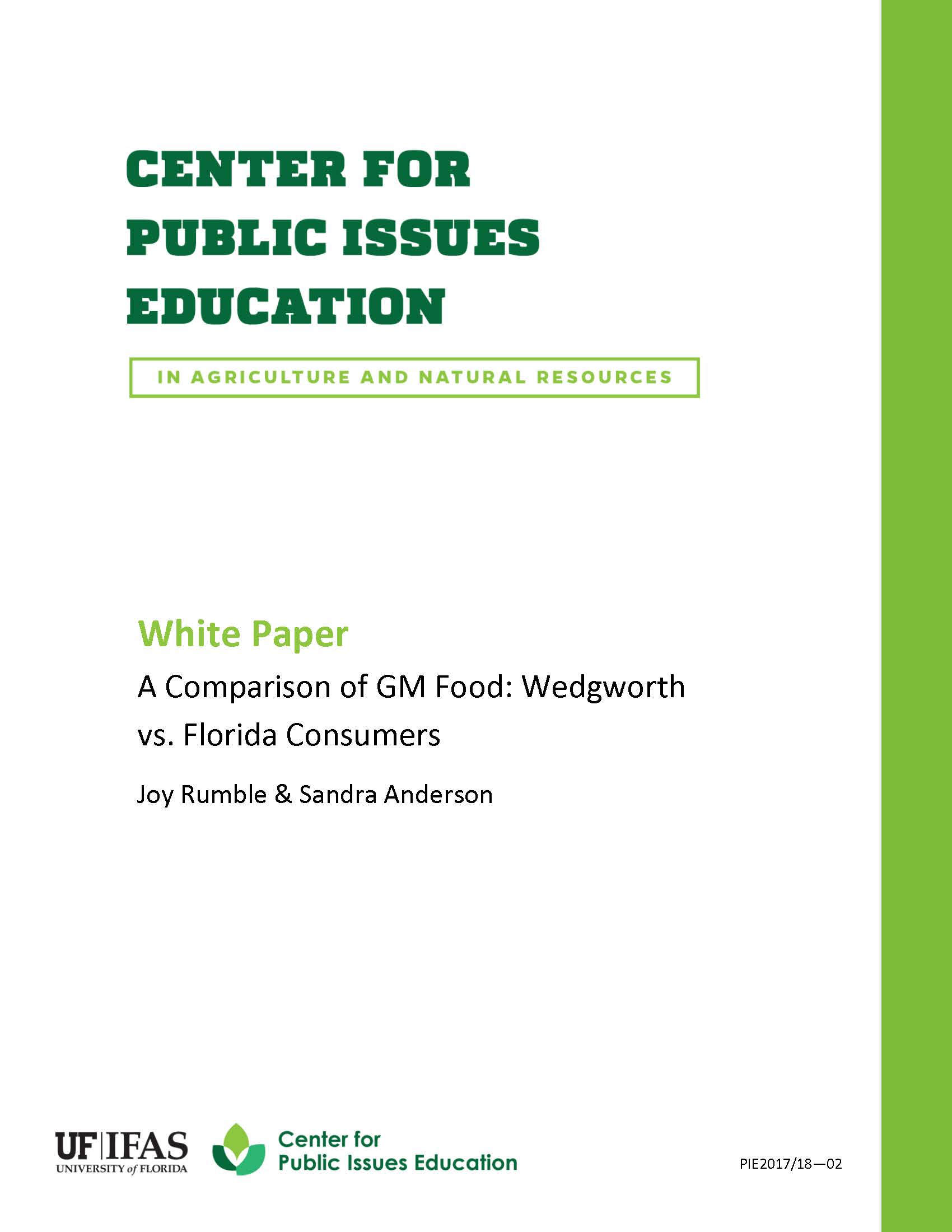 has recently released a study comparing the attitudes, perceptions, and opinions of Florida consumers around genetically modified food issues with those of current and past participants of the

In October 2015, an online survey was distributed to a representative sample of Florida consumers using non-probability sampling. Qualtrics, a survey software company, distributed the survey link to 1,154 Florida consumers, 18 or older. Of these potential respondents, 500 provided completes responses. To ensure that the data were representative of the Florida population according to the 2010 U.S. Census (seen in Table 1), the data were weighted to balance geographic location, age, gender, and race/ethnicity data with the Florida population (Kalton & Flores-Cervantes, 2003). Weighting procedures are commonly used in non-probability samples to compensate for selection, exclusion, and non-participation biases (Baker et al., 2013).

Click on the report icon to read the results of the study!

Our featured Class X authors for this newsletter are Cathy Atchley, Austin Spivey, and JC Deriso.

Check out the newsletter to learn more about this seminar! 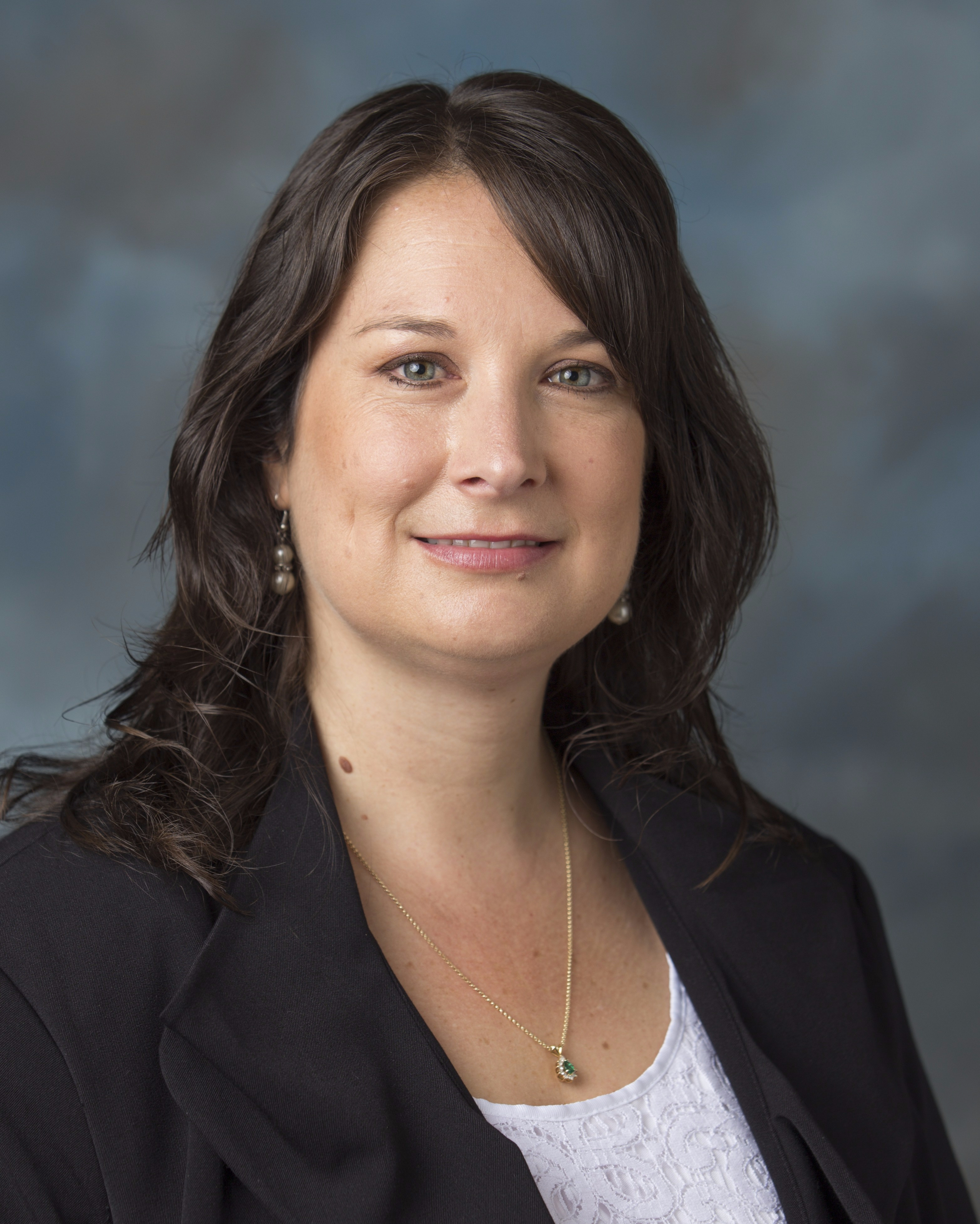 During Seminar VII in Washington, D.C., Class X member Melissa Syfrett, Syfrett Feed Co., was interviewed by RFD-TV about the impacts of Hurricane Irma on beef and dairy production in Florida. 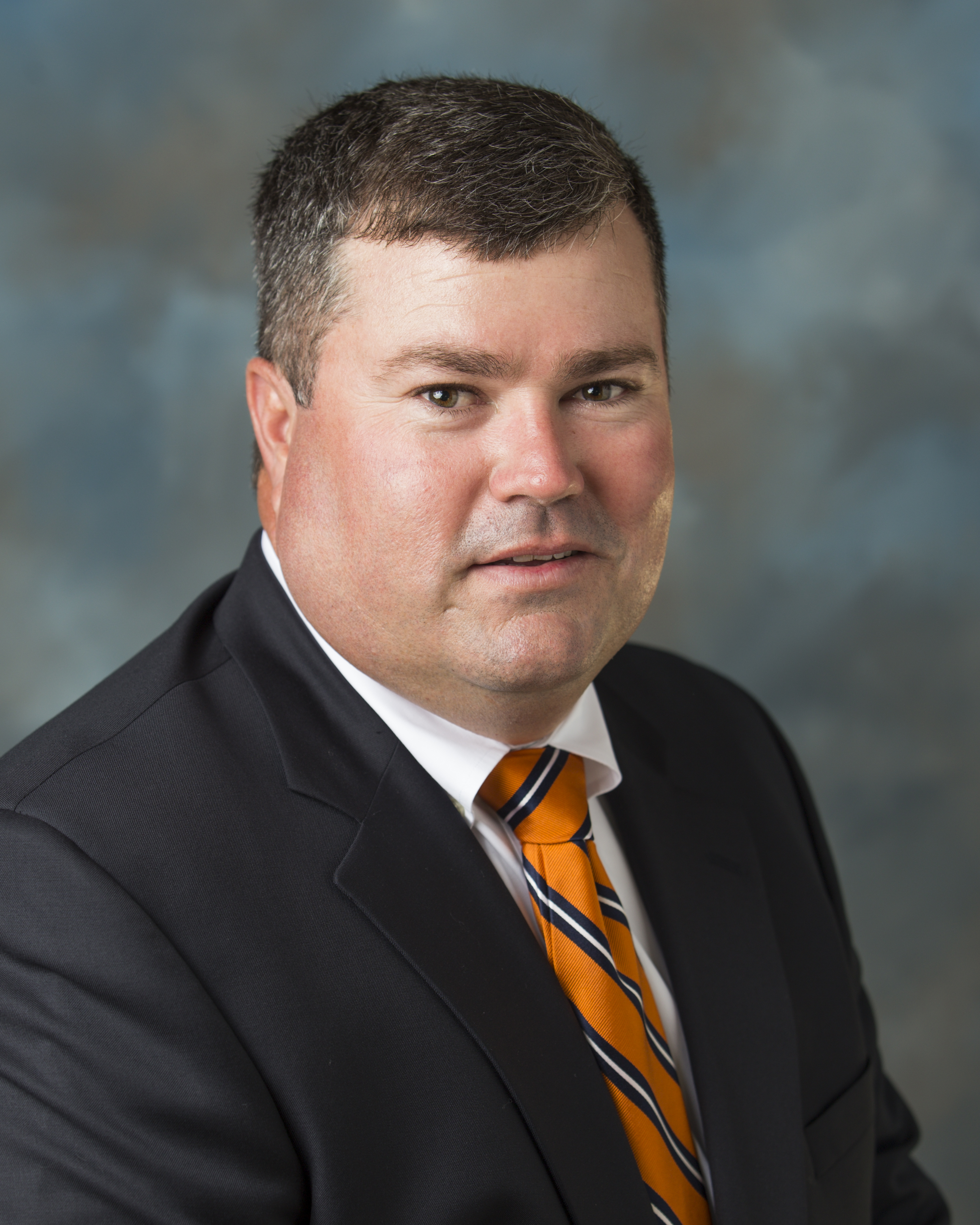 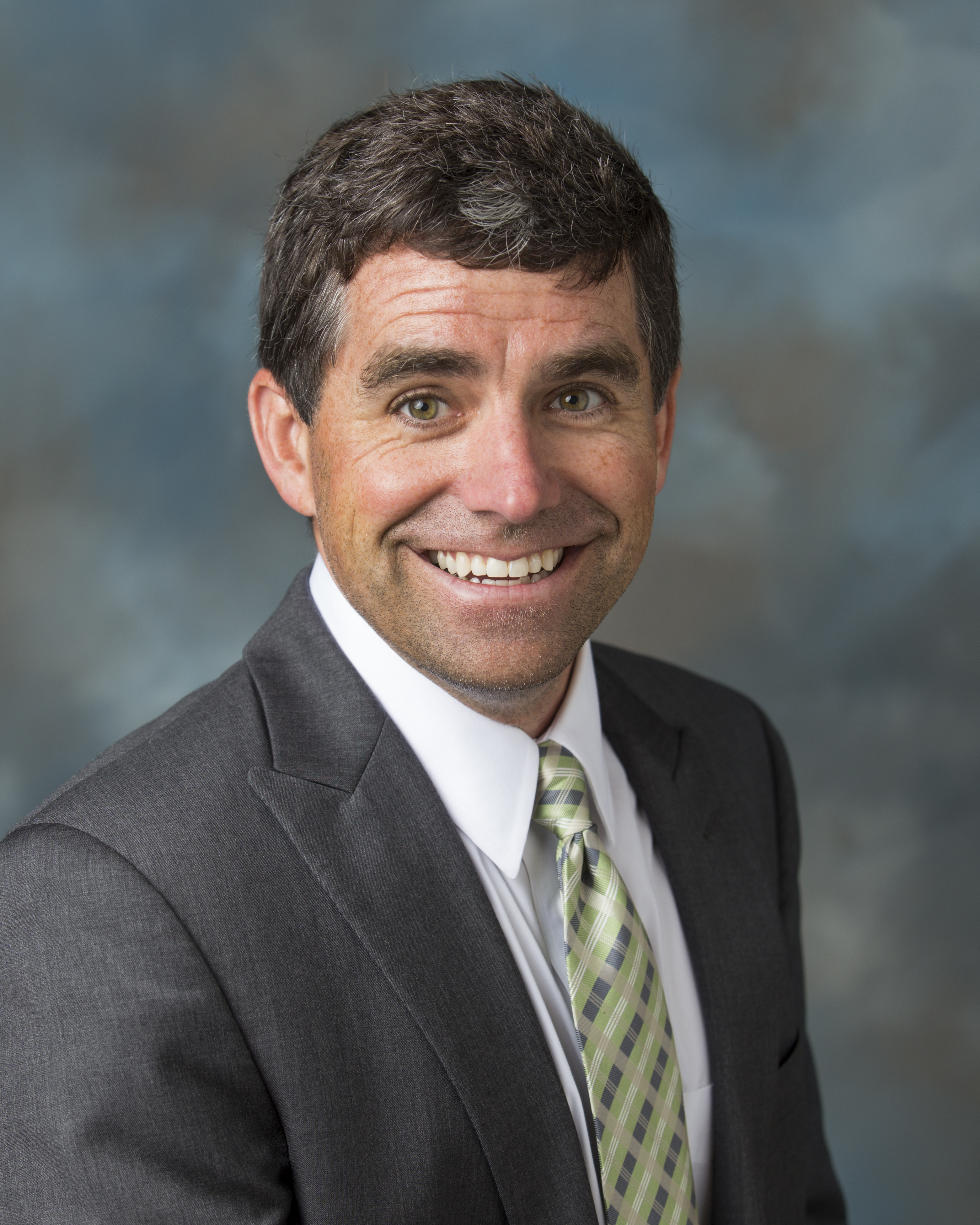